Search for stories, cases and people

War in Raqqa: Briefing
The US-led Coalition's military campaign to oust the "Islamic State" (IS) from its self-styled "capital" in Raqqa, Syria, killed and injured thousands of civilians. Four months of relentless bombardment reduced homes, businesses and infrastructure to rubble.
Civilians were caught in the crossfire in a city that had become a death trap. IS snipers and landmines prevented them from fleeing, while the Coalition's air bombardments and reckless artillery strikes killed them in their homes.

Wasn't the goal to free the civilians? They were supposed to save us, to save our children.

I've lost everyone who was dear to me. My four children, my husband, my mother, my sister, my whole family.

Planes were bombing and rockets were falling 24 hours a day, and there were IS snipers everywhere. You just couldn't breathe.

- Ayat Mohammed Jasem, survivor of a Coalition airstrike that killed at least 32 people.

Between June and October 2017, the US-led Coalition, including the UK, France and others, launched thousands of air and artillery strikes in support of the Syrian Democratic Forces (SDF), a local Kurdish-led militia fighting the IS on the ground.

By then, the IS had ruled Raqqa for almost four years. It had perpetrated war crimes and crimes against humanity, torturing or killing anyone who dared oppose it.

In its battle against IS, the US-led Coalition claims to have taken all necessary measures to spare civilians.

However, that rhetoric is a far cry from reality. Amnesty International carried out extensive investigations on the ground in Raqqa and partnered with Airwars on remote analysis to uncover the military campaign's impact on civilians. Here we explore the evidence and the stories of many of the families who lived and died during the war in Raqqa. 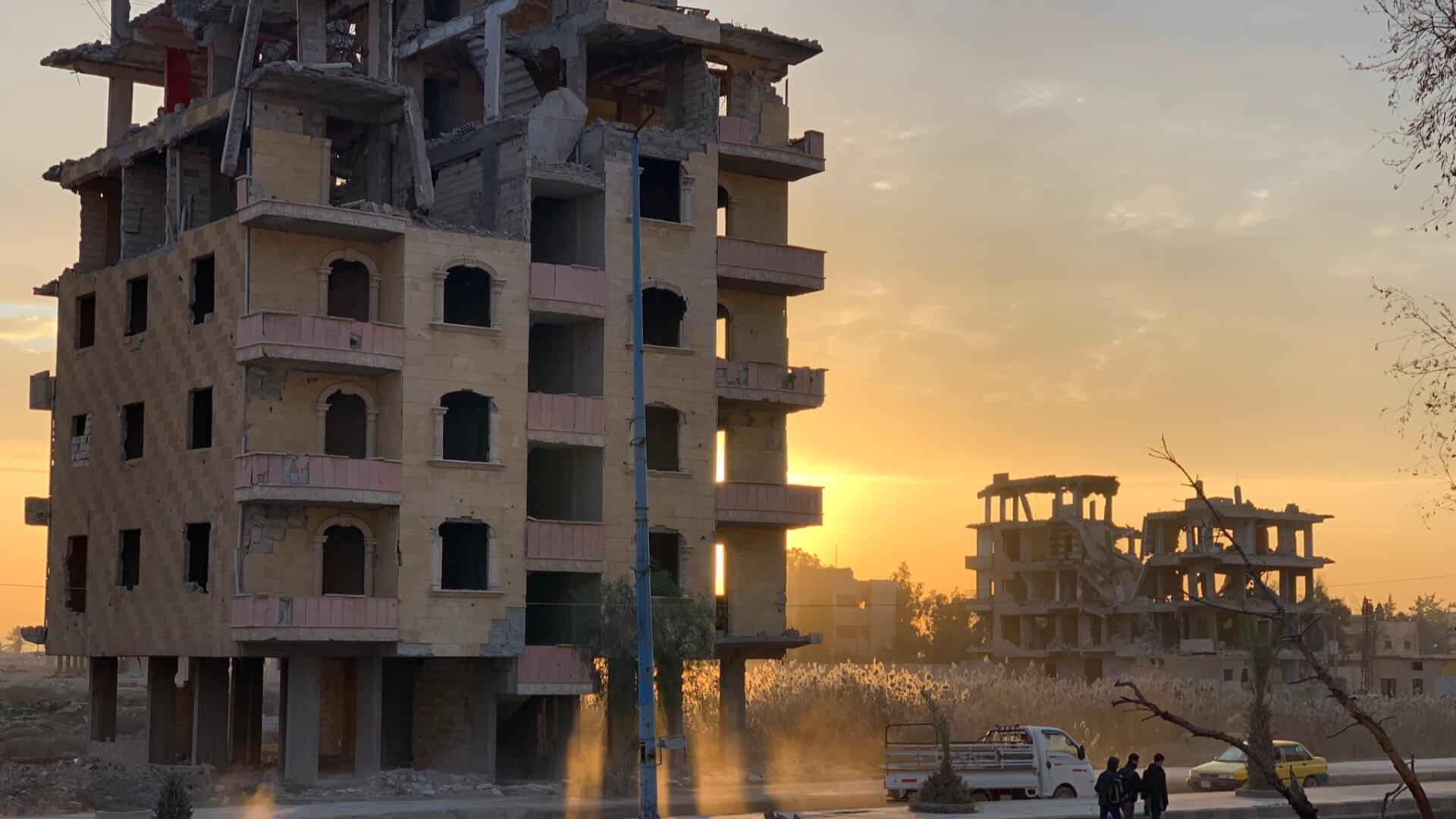 "I challenge anyone to find a more precise air campaign in the history of warfare…The Coalition's goal is always for zero human casualties"
- Lieutenant General Stephen J. Townsend, Coalition commander

REALITY - ENTIRE FAMILIES DECIMATED
Coalition air and artillery strikes killed or injured thousands of civilians. Entire buildings were destroyed, killing whole families.
In just one tragic incident, four families were killed - including that of Ayat Dh'eiba, whose testimony you have just read above. They were sheltering in the basement of a five-storey building when a Coalition air strike destroyed it on 25 September 2017. The strike killed at least 32 civilians - four men, eight women and 20 children - who were just trying to stay safe. 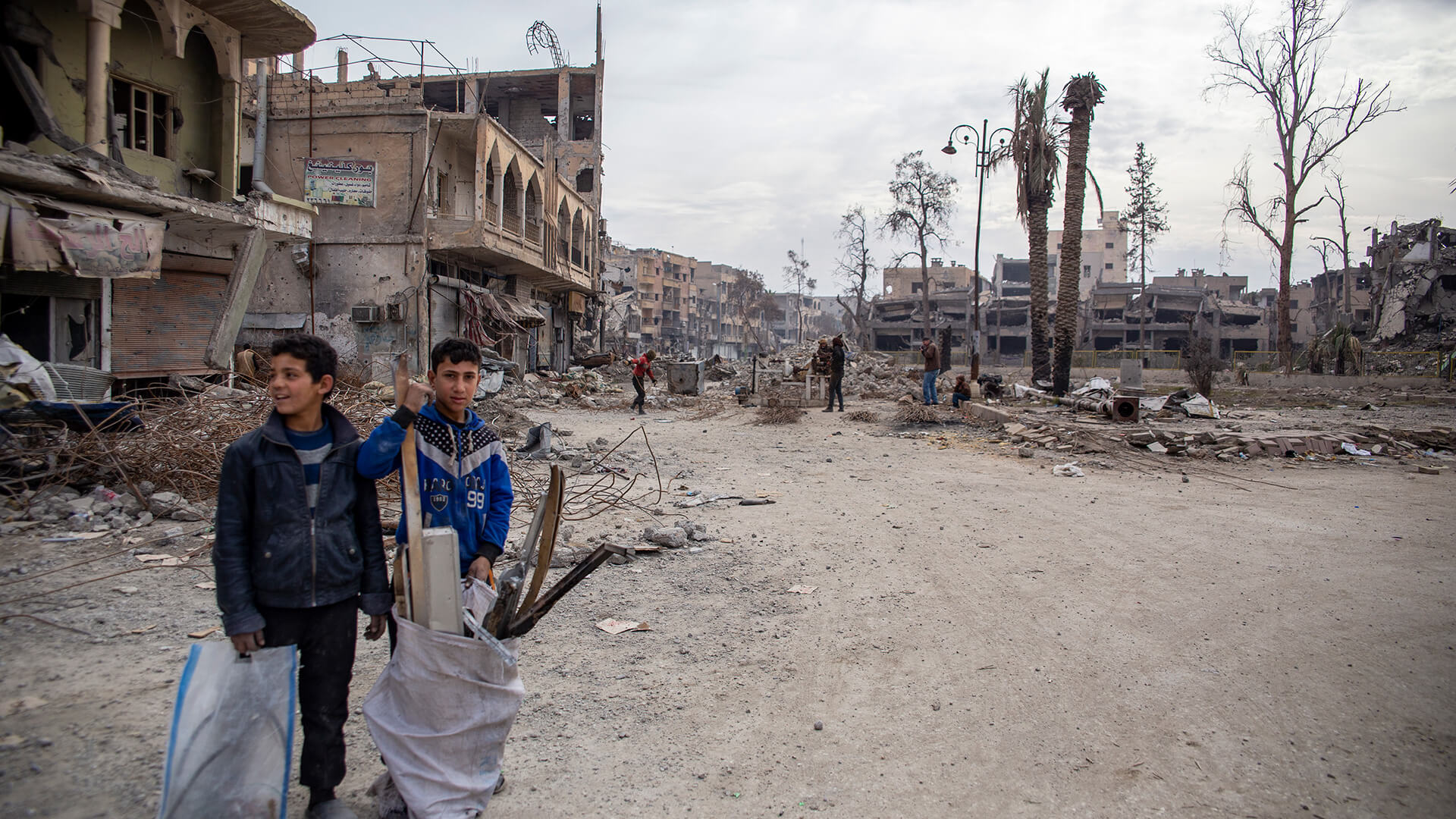 "We are the good guys… We do everything humanly possible consistent with military necessity, taking many chances to avoid civilian casualties at all costs."
- Former Defence Secretary, General James Mattis

"In five months they fired 30,000 artillery shells on ISIS targets… They fired more rounds in five months in Raqqa than any other Marine artillery battalion since the Vietnam War."

- Sgt Major John Wayne Troxell in November 2017
Fatima, just nine years old, lost her mother and three younger sisters on 10 June 2017 when an artillery shell struck her home in the Dara'iya neighbourhood. She also lost one leg and the other one was severely injured. The shelling, launched by US forces some 16 kilometres north-east of the city, killed at least 16 people on Fatima's street on that day alone.
Facts about artillery shells

Scroll down to continute
EVEN IN WAR NOT EVERYTHING IS PERMITTED

The Coalition launched strikes likely to cause excessive harm to civilians and failed to distinguish between military targets and civilians.

Such conduct violates the principles of distinction and proportionality - fundamental requirements of international humanitarian law. Disproportionate or indiscriminate attacks are war crimes.

Urban combat poses inherent challenges. These were exacerbated in Raqqa because IS used human shields, but the Coalition was well aware of these tactics long before the battle.

During its offensive, the Coalition failed to take into account that civilians were present in every neighbourhood. Had Coalition forces carried out adequate surveillance before launching their strikes many civilian lives could have been spared.

Amnesty International and Airwars are calling on the Coalition to:

TAKE ACTION: Call on the Coalition to take responsibility for all killings of civilians in Raqqa.
EXPERIENCE STORIES, CASES AND PEOPLE
Stories
Experience the personal stories of people affected in Raqqa
Cases
View individual cases submitted to the coalition
People
See the full list of people who have been affected in Raqqa

TAKE ACTION: Call on the Coalition to take responsibility for all killings of civilians in Raqqa. 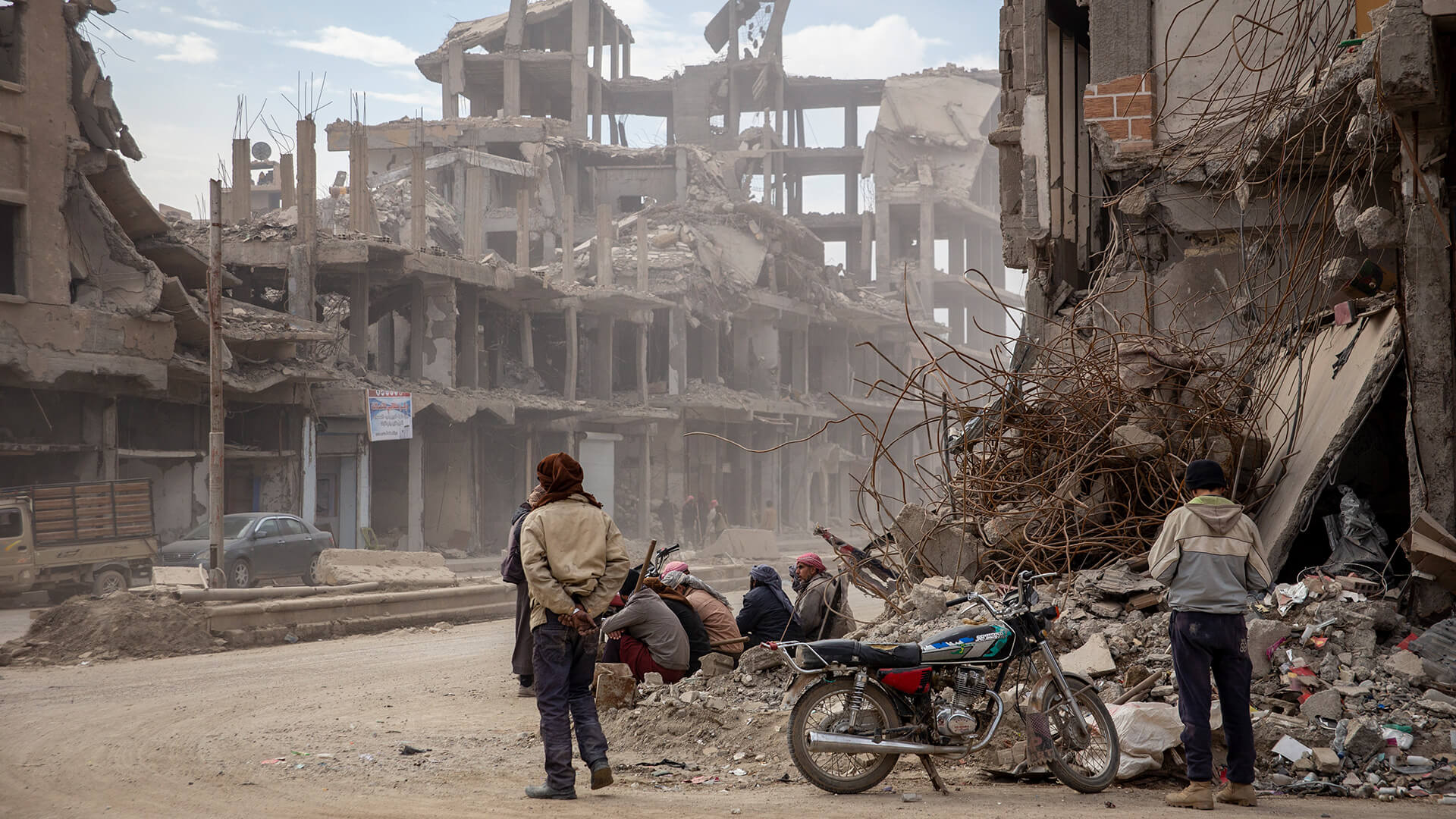 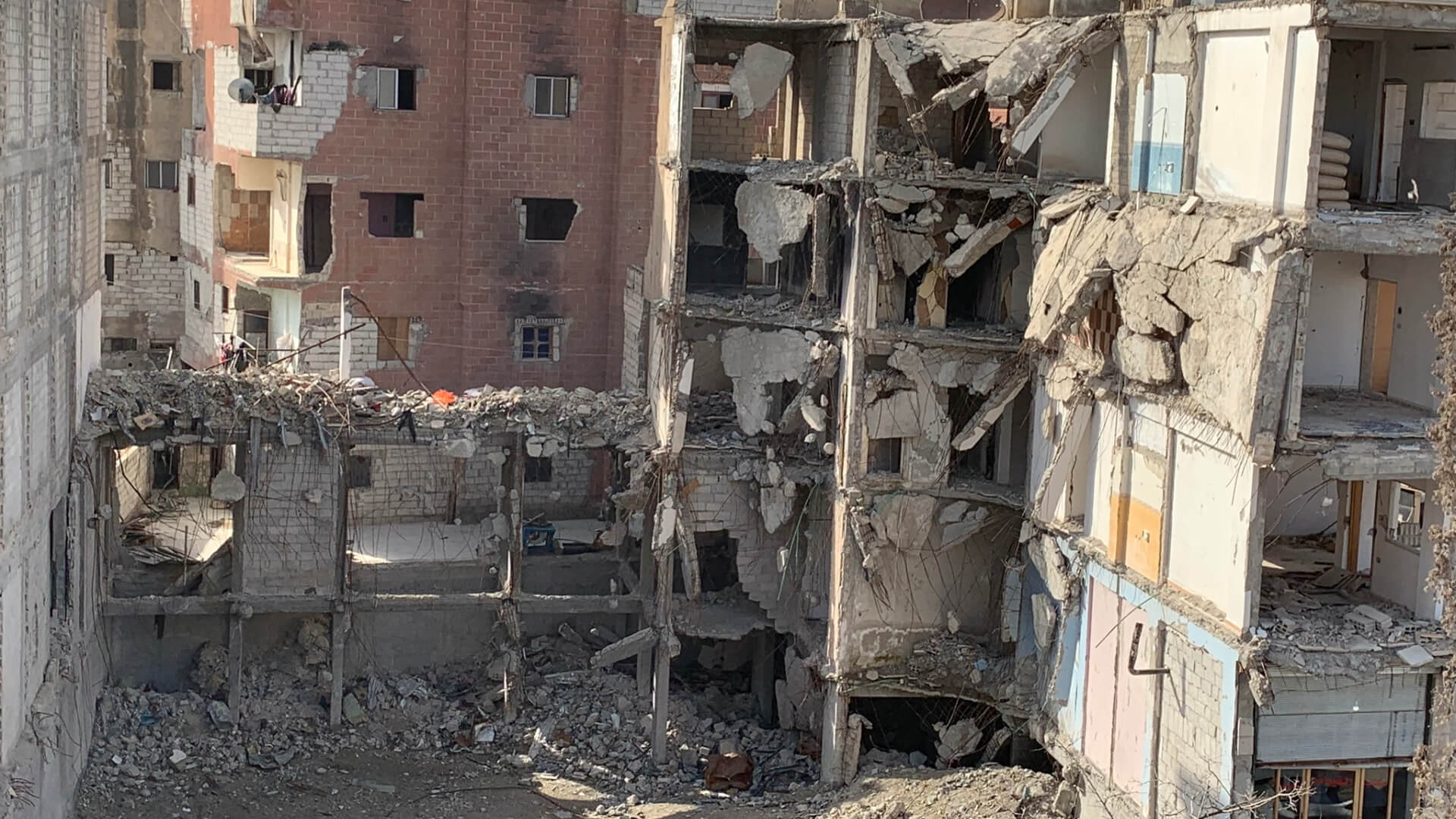 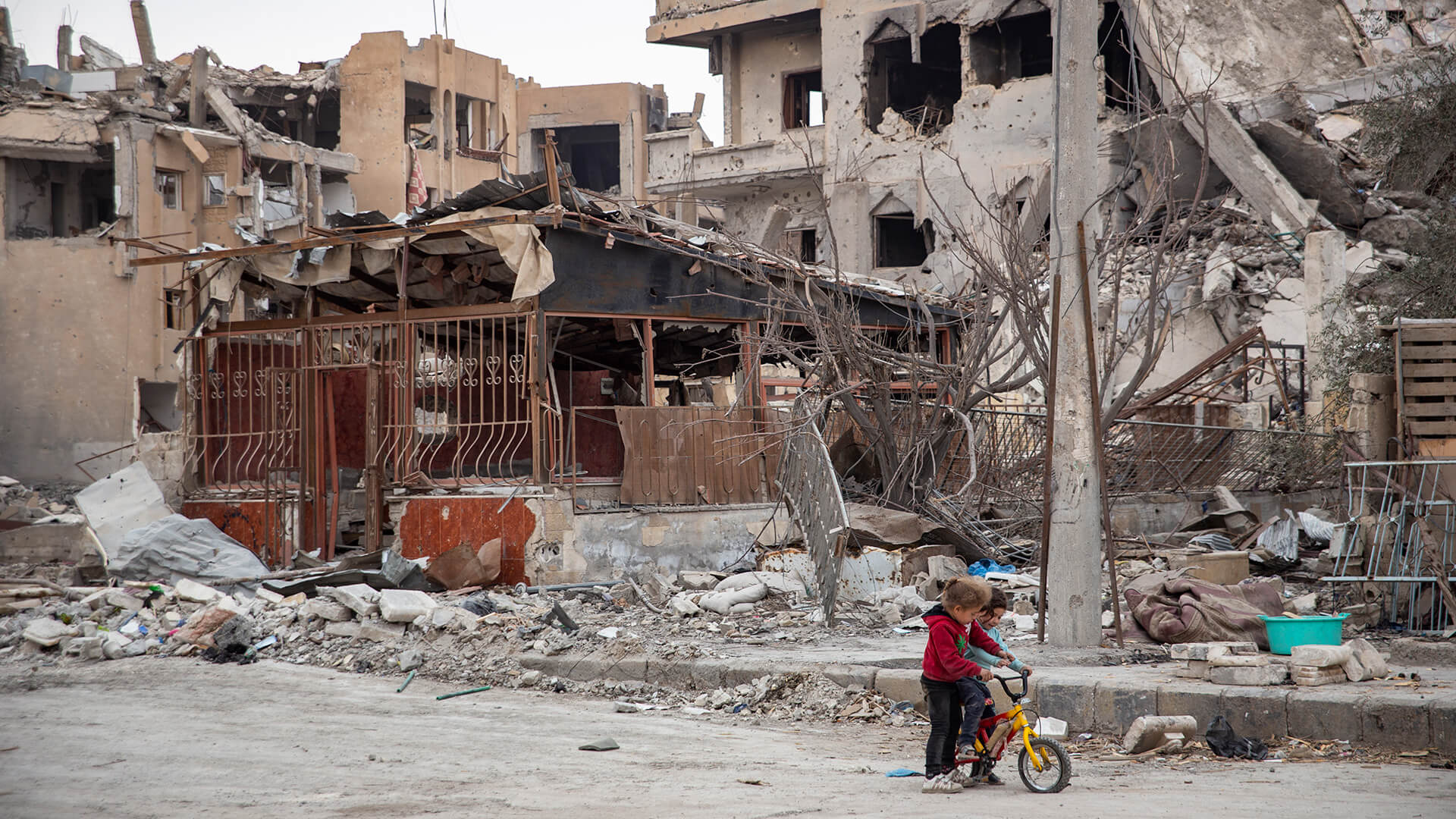 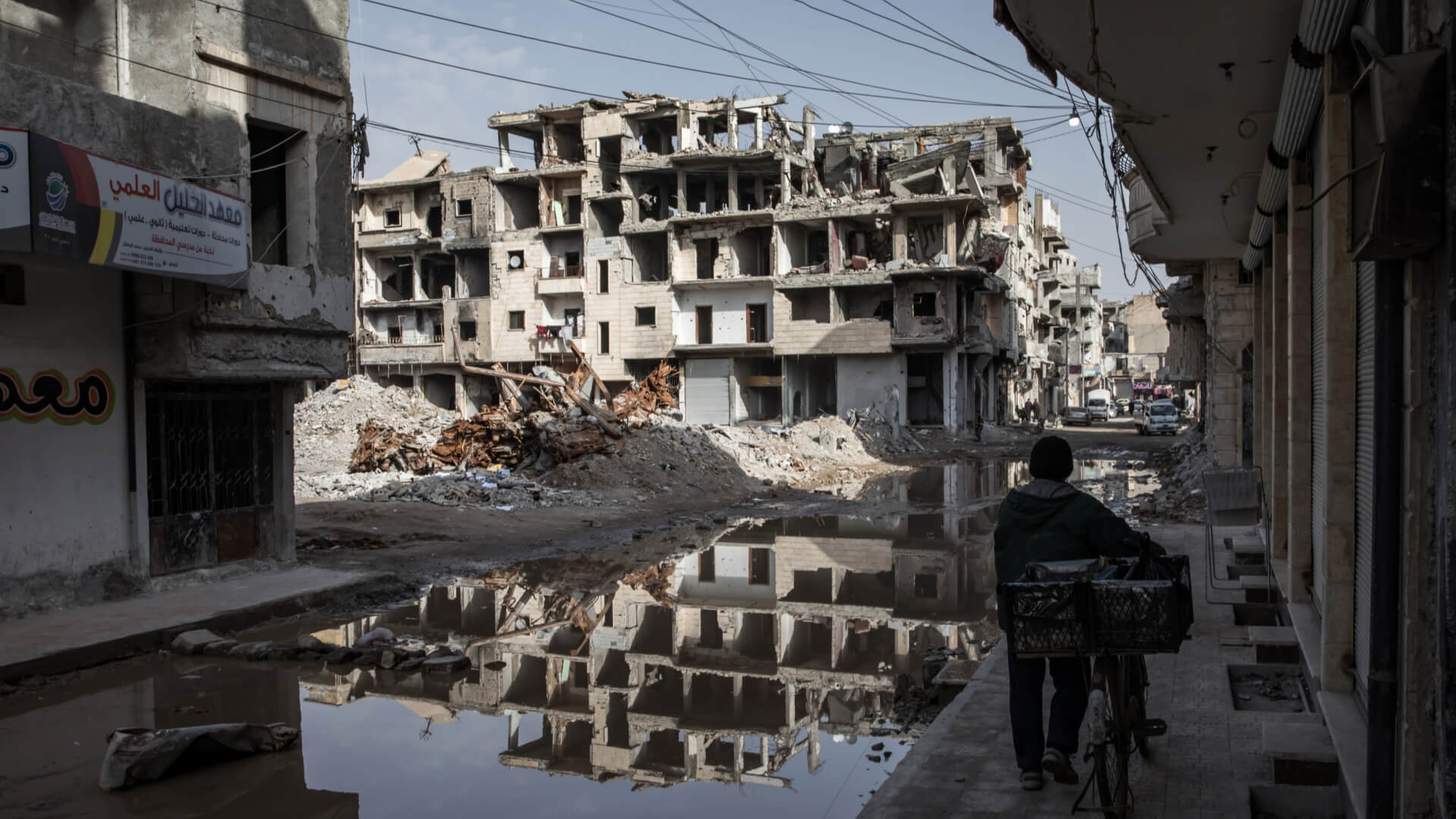 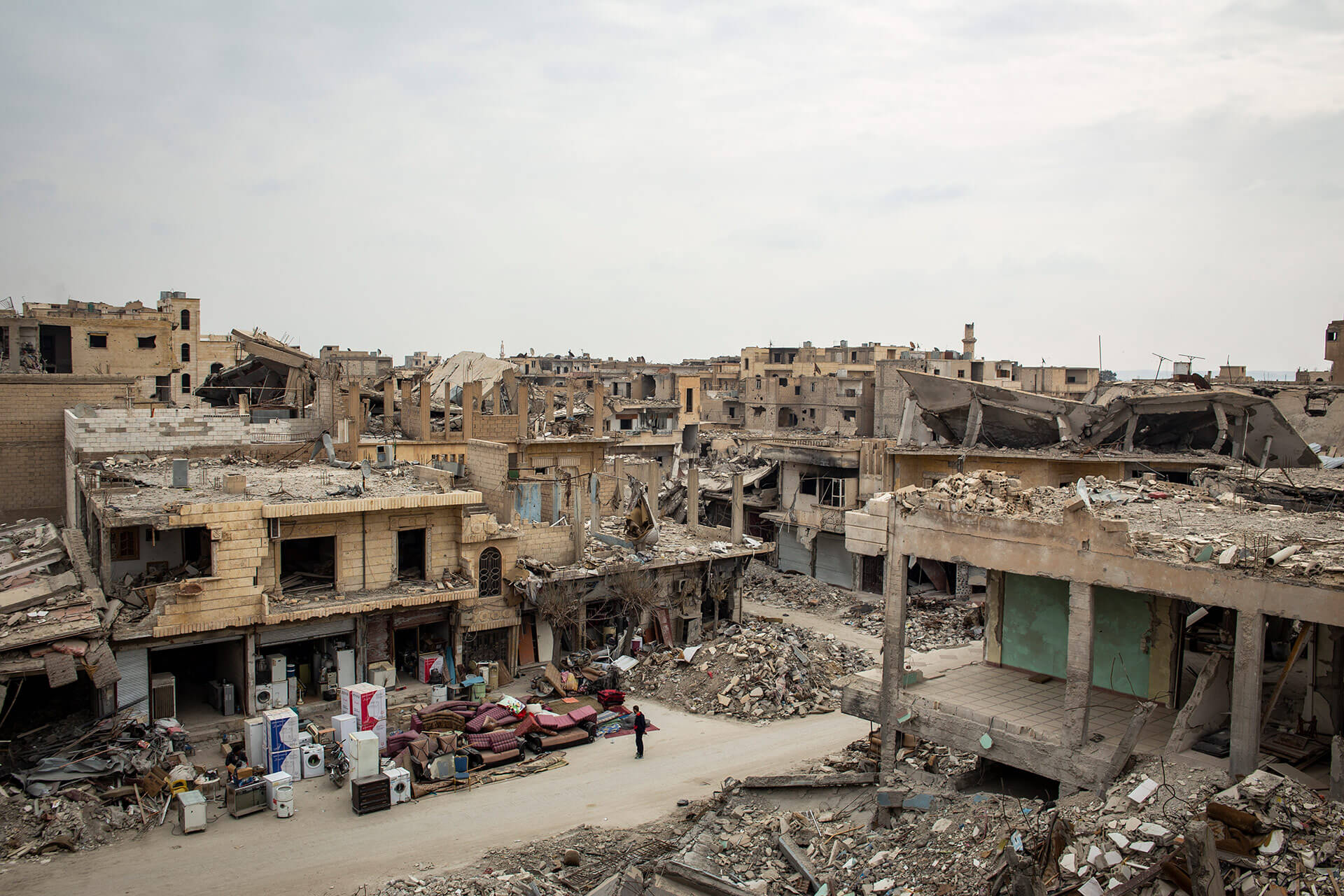 Facts about precision strikes
Many Coalition strikes were precise and struck legitimate military targets. But many were not. Precision weapons alone are not enough to guarantee precision strikes or protection of civilians. Likely impact on civilians depends on several factors, notably quality intelligence, precautions taken to verify the targets before launching the strikes, and impact radius of the munitions used.

Facts about artillery shells
A standard artillery shell fired from an M777 howitzer has an average margin of error of over 100 metres. Launching tens of thousands of such munitions into a city where civilians were trapped in every neighbourhood posed an unacceptable risk to civilians. Such strikes were inaccurate to the point of being indiscriminate.

All relevant information
This must include post-strike information about intended targets, dates, precise locations of strikes, the explosive weight of weapons used, and precautions taken to minimize harm to civilians and civilian objects
Click or scroll to reveal what actually happened